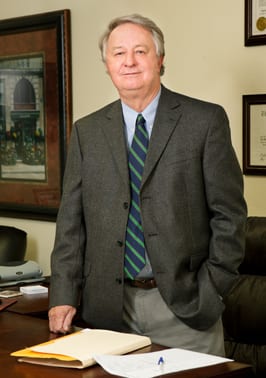 Hayes is a Title Agent for Fidelity Title and Stewart Title Guaranty Company. He is a licensed Title Agent in Arkansas, Texas, Missouri, Tennessee and Wisconsin.

Hayes is rated as an AV attorney by Martindale Hubbell. He was voted by his peers to the Super Lawyers of the Mid South and as one of Arkansas’ Top Lawyers by AY Magazine.

Hayes has represented Wyndham Vacation Resorts since he came to Fort Smith in 1972. In 1977, Hayes, along with the then General Counsel for Wyndham, created Wyndham’s first timeshare project at Fairfield Mountains in Lake Lure, North Carolina. He has since created timeshare regimes for developers throughout the South, Mid-South and Southwest, dealing with title insurance, deeded inventory records and accounting, state and local government regulations and registration laws, zoning concerns, and a myriad of other legal concerns that are associated with these developments. Along with Joe Gunter, he co-wrote the Arkansas Time Share Statute.

Recently, Hayes has also been engaged in Oil and Gas transactional work and arbitration. Hayes was chosen, along with two other Arkansas attorneys, as an arbitrator in Chesapeake Exploration’s 1.9 billion dollar dispute with British Petroleum involving oil and gas leases in Arkansas’ “Fayetteville Shale” gas play.